Presenting the Insights team's Weekly Roundup #2! Apart from the original research pieces the Insights team works on, the Roundup series aims to highlight key pieces of work from the community as a whole. Along with this, we briefly describe key industry news developments that took place during the week that community members may have missed. If you have any questions or think we missed something important, feel free to let us know!

How does tokenization work, anyway? by Albert Ho of Rate3

We Asked Crypto News Outlets If They’d Take Money to Cover a Project. More Than Half Said Yes by Corin Faife at Breaker

Dear Founder, you now have money. By Adam Draper of Boost VC

China's Cyberspace Administration published draft regulations for blockchain-related companies and services that would require them to collect personal information on all users, as well as censor any content that could be considered a national security threat.

The Switzerland-based Capital Markets and Technology Association (CMTA) published a set of standards for financial insitutions and businesses for how they should handle digital assets.

Consumer technology giant HTC is now allowing for customers to sign up for preorders of its blockchain-enabled Exodus 1 mobile phone, accepting payments only in crypto.

The Securities and Exchange Commission (SEC) released notes from its October 9th meeting with representatives from VanEck, SolidX, and CBOE regarding the proposed Bitcoin ETF.

Stock exchange operator and market news outlet Nasdaq won a patent, originally filed in January of this year, for a blockchain-based platform for the release and transmission of time-sensitive information. 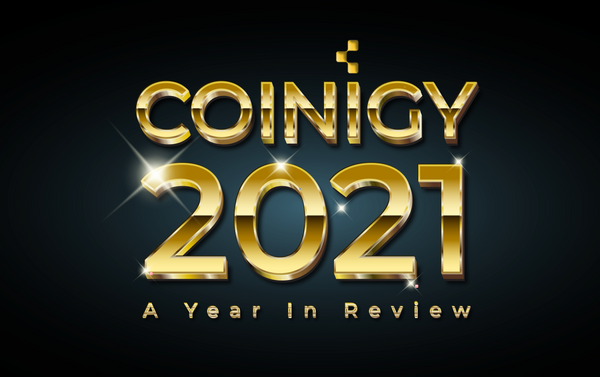 The Coinigy team had a 20/20 vision coming out of 2020. The year 2021 presented more challenges, and more exciting opportunities, than perhaps any year since Coinigy's founding. We started the year with some nostalgia of the early crypto days of reaching new all-time highs on just about every