Presenting the Insights team's Weekly Roundup #6! Apart from the original research pieces the Insights team works on, the Roundup series aims to highlight key pieces of work from the community as a whole. Along with this, we briefly describe key industry news developments that took place during the past week that community members may have missed. If you have any questions or think we missed something important, feel free to let us know!

An econometric model to estimate the value of a cryptocurrency network. The Bitcoin case by Nico Abbatemarco, Leonardo Maria De Rossi, and Gianluca Salviotti

Cryptoasset mining giant Bitmain is facing a class action lawsuit by plaintiffs claiming the company utilized customer hardware to mine in their own favor.

Nasdaq confirmed that it would be launching Bitcoin futures trading in the first half of 2019, among other digital asset products.

Ten of the most prominent cryptoasset companies launched the Association for Digital Asset Markets (ADAM), an organization aimed at establishing codes of conduct for digital assets and their emerging markets.

U.S. Securities and Exchange Commission (SEC) Chairman Jay Clayton stated that price manipulation in the digital assets market must be solved before an ETF is approved.

For the first time ever, the U.S. Treasury sanctioned two Bitcoin addresses in relation to malicious Iranian cyber actors.

The U.S. Federal Bureau of Investigation arrested the CEO of AriseBank, a company that lied to investors about its decentralized banking platform during its initial coin offering (ICO).

Cryptoasset consumer platform giant Coinbase launched trading for Zcash ($ZEC), a privacy-focused coin and the first of its kind for the platform.

Microsoft's Japan arm has partnered with blockchain startup LayerX to help promote the adoption and use of the technology.

A federal judge ruled in favor of Blockvest, a project that held an initial coin offering (ICO), as the SEC failed to show that their token was actually a security.

Soon-to-launch cryptoasset trading platform ErisX closed their Series B funding round for $27.5 million with investors including Fidelity, ConsenSys, Nasdaq Ventures, and many others.

The U.S. Department of Homeland Security noted interest in exploring ways to analyze and track privacy-focused cryptoassets such as Zcash and Monero. 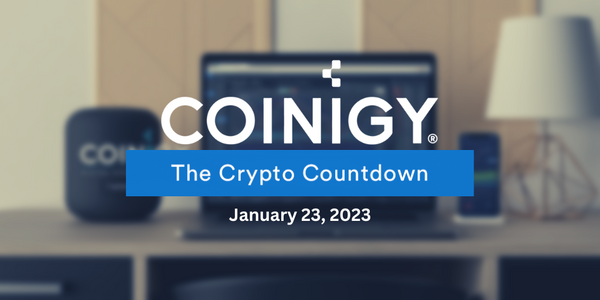