This piece is aimed at giving better insight into where cryptocurrency exchanges are at that users may not be aware of. This is not directed at any particular exchange. It is also not our team’s way of saying that all exchange issues are the fault of an exchange and not Coinigy. Rather, Coinigy is aiming to bring an independent and critically constructive view to the exchange ecosystem.

To put it bluntly, cryptocurrency and digital asset exchanges are not the New York Stock Exchange. Participants in traditional markets have come to know a particular level of service quality with financial products and services. Unfortunately, in the digital asset space, there are few exchanges or brokers that can offer an all-around streamlined, reliable, and robust experience. This is not at the fault of inexperience or lack of technology but more so the difference in time, adoption curves, and the difference in underlying infrastructure. In traditional markets, brokers and exchanges don’t need to keep track of cryptographically unique assets. Traditional markets also have the benefit of legacy systems that have been in place for decades, and therefore have become streamlined and extremely optimized. Most of the scaling, security, speed, and general issues surrounding these companies comes from the simple fact that they have not been around long enough to be time-tested and to have all of their wrinkles ironed out. Maturity and stability of technology comes with time.

Of course, this is more or less to be expected in a new and quickly growing industry. Exchanges are growing ever more popular with some receiving tens of thousands if not hundreds of thousands of new signups a day — it’s to the point where several exchanges have either put new account verification on hold or even completely turned off new signups temporarily. This relates back to these services just not having the personnel and system infrastructure to realistically support all of these new users and markets.

Now, you may ask: how does this relate back to Coinigy?

Coinigy has a rapidly growing userbase of hundreds of thousands of traders, many of which are either cryptocurrency funds or high net worth traders. The most used exchanges in Coinigy see hundreds of millions of dollars in volume a month stem from our platform. Given this opportunity for exchanges, it might seem like a no-brainer for them to have service level agreements with Coinigy and other growing trading services.

Before anyone asks, yes, Coinigy has some sort of agreement in place with practically every exchange we have integrated into the platform. But more often than not, these agreements are at least initially quite limited and exchanges are hesitant to extend them further. It comes down to asking: why would an exchange that has a difficult time handling its own direct userbase be immediately open to bringing on even more stress to their systems?

To further this, too many exchanges do not offer functions that are standard in other industries or have nonsense restrictions that prevent major trading activity, especially as far as API trading restrictions go. Anybody that has tried using the API of most exchanges has most likely run into these issues. Some of these found on various exchanges include:

Of course, these issues will be alleviated as time goes on and more money, people, and resources enter the space. But until that happens, the community needs to drop this expectation of service quality that can really only be found in more traditional markets that have had decades to develop.

When a data feed from an exchange goes down, an IP gets banned, or any other number of possible issues with an exchange pops up, Coinigy typically has it resolved in a timely manner. But at the end of the day, issues can go on for an extended period of time (including ongoing ones at the moment) due to these limited agreements or lack thereof mentioned above. It is unfortunate as an early and popular mover in this space that we are hindered by such basic issues, but again, this is just the status of the space we operate in.

**So what is Coinigy doing about this? **

All of the above said, Coinigy is not perfect either. We are continually doing what we can to provide a reliable experience internally and externally. We have a wide array of new features and updates in the works, and we are working with exchanges as much as possible to improve our existing setups in order to bring an unmatched trading experience. Further, we continue to bring on new team members to aid in this work.

To reiterate, this piece is not to say that all exchange API issues are the fault of the relevant exchange. And again, this is not aimed at a particular exchange, but rather at the current industry trend, and that is not to say all exchanges are this way.

One final note on this, any yet-to-be-launched service that is promising a streamlined, issue-free trading platform across exchanges is either lying, skewing facts, or just has not done enough development and research to understand the current reality of this industry.

In the coming months, Coinigy will be releasing the Coinigy Exchange Standards Framework (CESF) in order to bring standardization, unification, and fairness to the ecosystem. The framework will outline Coinigy’s view of the current exchanges we support along with guidance for new exchanges hoping to enter the industry. To start, this will include standards surrounding API connection type, latency, documentation, capabilities, and reliability. On the non-API side, Coinigy will actively monitor exchange personal responsiveness in regards to both API changes and general communication. 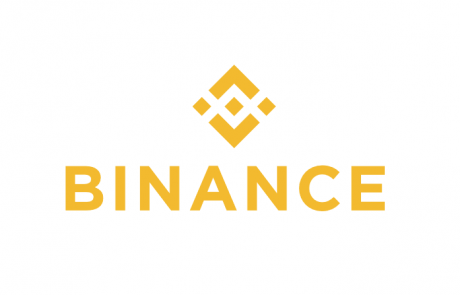 As many of our users have come to find out over the past few days, our Binance trading integration has been experiencing issues with Coinigy IPs being banned. This has

Before the initial release of our mobile apps, the Coinigy team will be bringing on community members in order to help test the app on a wider scale before we open it up to all users. Coinigy users interested in this opportunity can sign